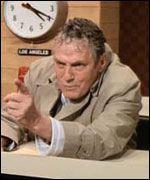 I get quite a lot of spam. For one random day last month (Aug 21st), I got 48 low-scoring spam mails (between 5 and 10 points according to SpamAssassin), and 955 high-scorers (anything over 10). I don’t know how much malware I get, since my virus filter blocks them outright, instead of delivering to a folder.

That’s all well and good, because spam and viruses are now relatively easy to filter — and if I recall correctly, they were all correctly filed, no FPs or FNs (well, I’m not sure about the malware, but fingers crossed ;).

The hard part is now ‘bogus bounces’ — the bounces from ‘good’ mail systems, responding to the forged use of my addresses as the sender of malware/spam mails. There were 306 of those, that day.

Bogus bounces are hard to filter as spam, because they’re not spam — they’re ‘bad’ traffic originating from ‘good’, but misguided, email systems. They’re not malware, either. They’re a whole new category of abusive mail traffic.

I say ‘misguided’, because a well-designed mail system shouldn’t produce these. By only performing bounce rejection with a 4xx or 5xx response as part of the SMTP transaction, when the TCP/IP connection is open between the originator and the receiving MX MTA, you avoid most of the danger of ‘spamming’ a forged sender address. However, many mail systems were designed before spammers and malware writers started forging on a massive scale, and therefore haven’t fixed this yet.

I’ve been filtering these for a while using this SpamAssassin ruleset; it works reasonably well at filtering bounces in general, catching almost all of the bounces. (There is a downside, though, which is that it catches more than just bogus bounces — it also catches real bounces, those in response to mails I sent. At this stage, though, I consider that to be functionality I’m willing to lose.)

C-R is initially attractive. If you install it, your spam load will dwindle to zero (or virtually zero) immediately — it’ll appear to be working great. What you won’t see, however, is what’s happening behind the scenes:

The latter is the killer. In effect, you’re creating spam, as part of your attempts to reduce your own spam load. C-R shifts the cost of spam-filtering from the recipient and their systems, to pretty much everyone else, and generates spam in the process. I’m not alone in this opinion.

That’s all just background — just establishing that we already know that C-R is abusive. But now, it’s time for the next step for me — I’ve had enough.

I initially didn’t mind the bogus-bounce C-R challenges too much, but the levels have increased. Each day, I’m now getting a good 10 or so C-R challenges in response to mails I didn’t send. Worse, these are the ones that get past the SpamAssassin ruleset I’ve written to block them, since they don’t include an easy-to-filter signature signifying that they’re C-R messages, such as Earthlink’s ‘spamblocker-challenge’ SMTP sender address or UOL‘s ‘AntiSpam UOL’ From address. There seems to be hundreds of half-assed homegrown C-R filters out there!

So now, when I get challenge-response messages in response to spam which forges one of my addresses as the ‘From’ address, and it doesn’t get blocked by the ruleset, I’m going to jump through their hoops so the spam is delivered to the C-R-protected recipient. Consider it a form of protest; creating spam, in order to keep youself spam-free, is simply not acceptable, and I’ve had enough.

And if you’re using one of these C-R filters — get a real spam filter. Sure they cost a bit of CPU time — but they work, without pestering innocent third parties in the process.