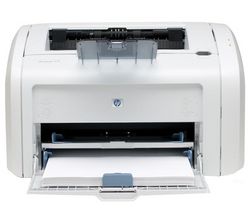 At home, I have a HP Laserjet 1018 printer; it’s a dinky little USB laser. When I was setting up my Mac running OSX, I attempted to use it.

A common refrain from Mac users is that MacOS X just works — attempt to get something working, and the Mac will do the right thing with little friction, compared to the Linux situation which will involve complex config file editing and what-not. If this experience is anything to go by, that’s not entirely the case anymore. In fact, the exact opposite applied; when I plugged the printer into the Linux box and ran System -> Administration -> Printing -> New Printer, it “just worked” and I wound up with a working network printer within seconds. No such luck with OSX. Some googling revealed the problem:

In summary, the LJ1018 is just not supported on MacOS X. In order to get it working you need to install a third-party port of the Linux printing components foo2zjs, Foomatic, and Ghostscript, ported to MacOS X, and then get busy with the config file editing and undocumented tweaking and what-not. Ouch.

(By the way, I was able to work around it by printing from the Mac to the Linux print server in Postscript; the CUPS print server will transcode PS to the native format.)