This demo boasted "17 vertical scrolling messages! A Mantisband with eyes on!!! and no interrupts whatsoever!!!!! Colourfx ripped from Jeff Minter!!" also, "entirely reoriented Y-raster registers, hi-resolution multicolour modes, infinite rastertime, a megaplexor handling over 255 sprites (i.e. 256), and a so-called "unrippable" soundtrack..." I have no idea what half of that means by now, or where the 256 sprites are. 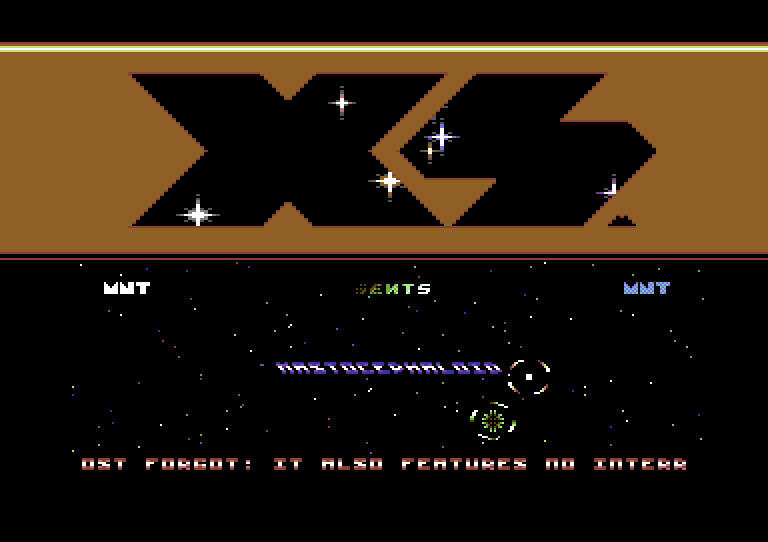 Interesting that I chose to develop this demo with no interrupts -- that would mean that every piece of vertical sync was timed "by hand", with each code path taking a known number of clock cycles from the top of the screen. That was the kind of thing that you needed to do to produce good-looking graphics on the Commodore...

"Hi-resolution multicolour modes" is the nifty hack involving multiple single-colour sprites on top of each other I mentioned above. (I'm sure plenty of other people had the same idea, but I came up with this independently.) 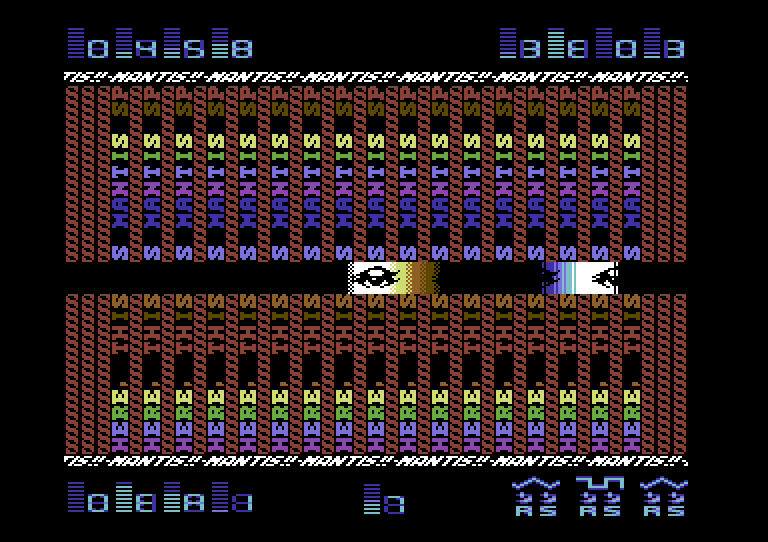 This was the "very first MNT/XS product" -- ie. my first demo as a member of Excess, and my second demo published. You can tell I was a big fan of the wordy title back then.

There are additional controls, accessed using a joystick in Port 2:

* left, right = slow/speed up the music * down = restarts the tune * up = pauses the scrolling text

In the borders at the top and bottom of the screen are 3 voice meters, and an fx meter showing the waveform, ring and synchronisation indicators.

Try pressing F, O, A and D down simultaneously for a pretty awful "repel mode".